Jarlsberg is a mild cow's milk cheese with large irregular holes or what are commonly referred to as ''eyes'', originating in Jarlsberg, Norway. Jarlsberg has a yellow wax rind (outer layer) and a semi firm yellow interior. The flavor is mild, buttery, nutty and slightly sweet. It is an all purpose cheese, used for both cooking and eating as a snack. It has a characteristic smooth, shiny yellow body, and a creamy supple texture. Jarlsberg Special Reserve is produced in Norway in limited quantities. It is aged a minimum of one year and is distinguished by medium to large holes.

History
The history of this cheese can be traced back to the middle 1850s. Anders Larsen Bakke (1815 - 1899) was a farmer and entrepreneur and a pioneer in Norway's dairy industry. He produced cheese in the Vle village in what was then the county of Jarlsberg and Larviks Amt (now Vestfold), 80Êkm south of Oslo. The cheese shares similarities with Emmental, introduced to Vestfold by Swiss cheese makers during the 1830s. The cheese (and Bakke's accomplishments) was first noted in the annual county report of Jarlsberg and Larviks Amt in 1855. The Jarlsberg cheese known today is a result of a long period of research and development carried out the Dairy Institute at the Agricultural University of Norway. The cheese making process was developed by Ola Martin Ystgaard, professor of the Agricultural University of Norway. Starting in 1956, Ystgaard and some of his students eventually came up with the recipe that is used today and is secret. Commercial production of cheese began in the 1960s.

The largest producer of Jarlsberg today is the TINE BA factory in Elnesvgen near Molde in western Norway. TINE is one of the twelve agricultural cooperatives in Norway and the largest Norwegian dairy product cooperative. The corporation domestically offers the entire spectrum of dairy products. Jarlsberg accounts for 80% of TINE's total export. Jarlsberg is produced in the United States on license at Alpine Cheese in Ohio, and by Dairygold in Ireland. In the United States, it is sold in 30,000 supermarkets. 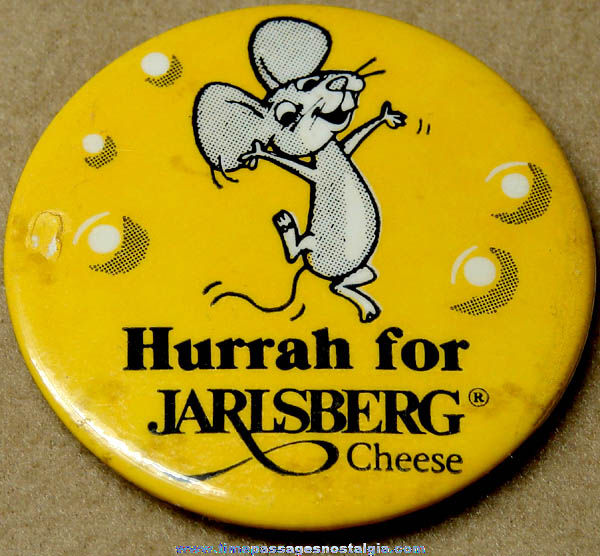