James Corbett returned to Ballinrobe in 1894, and among the highlights of his visit were the boxing demonstrations he gave in Ballinrobe Town Hall. The proceeds from the event's entrance fees were donated for the upkeep of Partry Church, where his uncle, the Reverend James Corbett, was then parish priest. He also donated a stained glass window to the church. He also coached boxing at the Olympic Club in San Francisco. He stood at 6 foot 1 inch (1.85 m), with a reach of 73 inches (185 cm).

Dubbed by the media as ''Gentleman Jim Corbett'', he graduated from Sacred Heart High School in San Francisco and was rumored to have a college education. He also pursued a career in acting, performing at a variety of theatres. He has been called the ''Father of Modern Boxing'' because of his scientific approach and innovations in technique. Some think that he changed prize fighting from a brawl to an art form.

On May 21, 1891, Corbett fought Peter ''Black Prince'' Jackson, a much heralded bout between crosstown rivals, since Corbett and Jackson were boxing instructors at San Francisco's two most prestigious athletic clubs. They fought to a no contest after 61 rounds. The fight's outcome did much more for Corbett's career than for Jackson's, since reigning Heavyweight Champion, John L. Sullivan, drew the color line and refused to defend his title against black fighters. The fight vaulted Corbett to even greater national prominence and the public clamored for a contest between him and Sullivan. The champion reluctantly agreed, and the fight was finally set. Corbett went into rigorous training and was even more confident of his chances after he sparred with Sullivan in a short exhibition match on a San Francisco stage. Despite the contest being held with both men attired in formal wear, it confirmed what Gentleman Jim had long suspected: he could feint Sullivan into knots.

On September 7, 1892, at the Olympic Club in New Orleans, Louisiana, Corbett won the World Heavyweight Championship by knocking out John L. Sullivan in the 21st round. Corbett's new scientific boxing technique enabled him to dodge Sullivan's rushing attacks and wear him down with jabs.

Jim Corbett did not prove to be a ''Fighting Champion'' in today's terms, meaning he defended the title very rarely. What must be remembered is this was an era before boxing commissions and the regulation of the sport was minimal at best. Boxing was outlawed in most states, so arranging a time and place for a bout was largely a hit and miss proposition. Corbett treasured his title and viewed it as the ultimate promotional tool for his two main sources of income, theatrical performances and boxing exhibitions.

Corbett was by no means the first athlete to appear on stage. Sullivan had done so before him and numerous fighters in the future would follow. What Corbett had over his fellow pugilists, past and present, was an above average competence as an actor. While no threat to the Barrymore family, Corbett was far superior to the other athletes from all sports who tried to make a dollar on the stage. In fact, most of Corbett's income after he left the ring would be made as an actor in plays, on vaudeville, one man shows recounting his boxing career, and in silent films.

In his only successful title defense on January 25, 1894, Corbett knocked out Charley Mitchell of Great Britain in three rounds. On September 7, 1894, he took part in the production of one of the first recorded boxing events, a fight with Peter Courtney. This was filmed at the Black Maria studio at West Orange, New Jersey in the United States and was produced by William K. L. Dickson. It was only the second boxing match to be recorded.

Jim Corbett lost his Heavyweight Championship to the Cornish British boxer Bob Fitzsimmons in Carson City, Nevada. Corbett was dominant for most of the fight and knocked Fitzsimmons to the canvas in the sixth round. Fitzsimmons recovered and, though badly cut, rallied from that point on. When Mrs. Fitzsimmons called out, ''Hit him in the slats, Bob!'', where ''slats'' meant the abdominal area. The body blows took their toll and though Corbett continued to outbox his opponent masterfully, ringsiders could see the champion slowing down. Fitzsimmons put Corbett down in the fourteenth round with a withering body blow to the solar plexus and Corbett, despite his best efforts to do so, could not regain his feet by the end of the ten count. This fight, lasting over an hour and a half, was released to cinemas later that year as The Corbett-Fitzsimmons Fight, the longest film ever released at the time.

Devastated by the loss of his title, Corbett did everything he could to lure Fitzsimmons back into the ring. He was sure Fitzsimmons's victory had been a fluke, mostly attributed to his over training, which left him short on stamina in the later rounds, and was confident he would win the rematch. Perhaps Fitzsimmons felt the same way, for not even a $30,000 guaranteed purse posted by Corbett's manager, William Brady, could get Ruby Robert back into the ring with Gentleman Jim. It may also have been Fitzsimmon's intense personal dislike of Corbett, who had often publicly insulted him, which ruled out any chance of another fight.

Ironically, Fitzsimmons set the stage for what most boxing experts and ring historians consider to be Corbett's finest fight. Refusing to face Corbett, Ruby Robert chose the hulking James J. Jeffries, a former sparring partner of Corbett's and a big heavyweight even by modern standards, for his title defense. Fitzsimmons did some damage in the early rounds, but Jeffries weathered the storm and took the title in the eleventh round. Jeffries had learned much of his trade training with Corbett and was now handled by Corbett's old manager, William Brady. Corbett, who had been put on the back burner during Fitzsimmons reign, wasted no time in suggesting a title fight between himself and his old sparring partner. Brady, liking Corbett and reflecting after a recent poor showing against Tom Sharkey that his old fighter had little left in the tank at 34, agreed to the match. The fight was set for the Seaside Arena in Coney Island, New York.

While Jeffries went through the motions in training, Corbett prepared like a Spartan for battle. He knew, with his speed, he could box rings around his larger and stronger opponent, but he was giving up size, strength, almost 30 pounds in weight and a seven year age difference. The key was stamina and the ability to last the 25 round fight limit. The early rounds of the fight went according to script for both sides. Corbett would open fast and box pretty for a while, but ''Big Jeff'' would wear him down with a couple of body shots and put an end to the show. The only problem being Jeffries couldn't lay a glove on the ''Dancing Master''. Round after round Corbett had his way, darting in to land with a flurry of punches, then dancing away to avoid any sort of retaliation. By the 20th round, Jeffries' corner was in a panic. Manager Brady dismissed trainer Tommy Ryan from the corner and took charge himself with the simple but direct order, ''Knock him out or lose your title!'' Such words were music to Corbett's ears. All he had to do was stay upright for the last five rounds and he would be Heavyweight Champion once again.

Jeffries dispensed with trying to box his old mentor and now began to stalk Corbett around the ring, looking for an opening. Corbett danced away from any threat through the 22nd round. Midway through the 23rd round, Corbett leaned back to avoid a Jeffries blow, bounced off the ropes and was put on the canvas by a short right hand. The gallant effort was over in a blink of an eye. Corbett found himself embraced by the public as never before, after his gallant effort to regain the title. The adoration was short lived, as his next fight, a five round knockout over Kid McCoy, was widely believed to be a fix.

Corbett managed to contest for the Heavyweight title one last time when he met Jeffries for a second match in San Francisco in 1903. Now 37, reflexes slowing, Corbett survived a withering body blow in the second round and used every trick he knew to hang on until being knocked out in the tenth.

Following his retirement from boxing, Corbett returned to acting, appearing in low budget films and in minstrel shows, wearing blackface in skits and giving talks about pugilism. He authored his autobiography under the title ''The Roar of the Crowd''; the story was serialized by The Saturday Evening Post in six weekly installments during October - November 1894. The following year, G.P. Putnam's Sons published it in book form, marketing it as the ''True Tale of the Rise and Fall of a Champion''. In 1942, the story was made into a Hollywood motion picture titled, Gentleman Jim, starring Errol Flynn as Corbett.

From 1903 until his death, Corbett lived at 221-04 Corbett Road in a three story home in the Bayside neighborhood of Queens in New York City.

In 1924, he had a friendly sparring match with the future champion Gene Tunney, an admirer of Corbett's scientific style. Tunney was amazed at the ability of Corbett to spar, even at the age of about 60, even claiming Corbett had better defense than Benny Leonard.

On his passing in 1933, Corbett was interred in the Cypress Hills Cemetery in Brooklyn, New York. On its creation, he was elected posthumously to the International Boxing Hall of Fame. Corbett's brother, Joe Corbett, was a Major League Baseball pitcher. Corbett was married to Olive Lake Morris from 1886 to 1895. After their divorce, he married the actress Jessie Taylor, also known by her stage name, Vera. She survived Corbett by more than a quarter century, living in their home at 221-04 Corbett Road in Bayside, New York, on the north shore of Queens, near the city limits. Corbett's great, great, great nephew, Dan Corbett, was a professional heavyweight boxer from San Antonio, Texas, who won the United States Boxing Federation and International Boxing Organization Intercontinental Heavyweight titles before retiring. Corbett had a record of 11 wins with 5 by knockout, 4 losses, 3 draws, 3 no contests and 3 no decisions (Newspaper Decisions: 3-0-0). 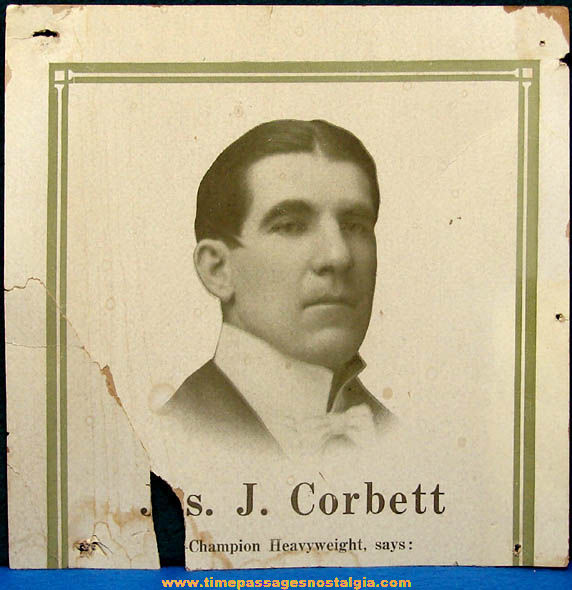 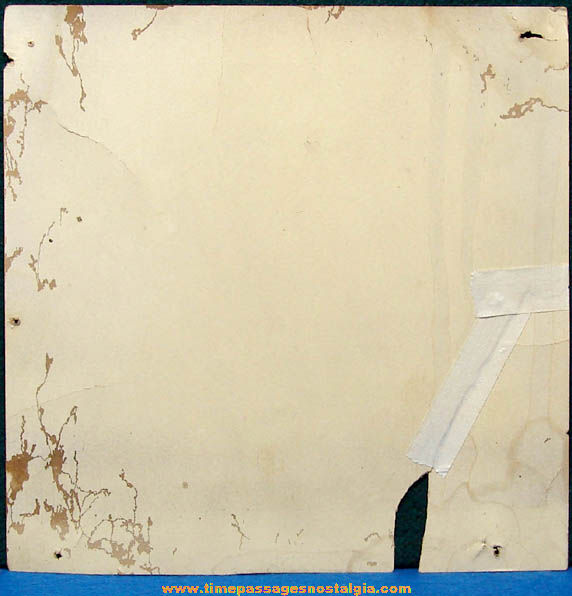