The U.S.S. Shenandoah was the first of four United States Navy rigid airships. It was built in 1922 -1923 at Lakehurst Naval Air Station, and first flew in September 1923. It developed the Navy's experience with rigid airships, even making the first crossing of North America by airship. On the 57th flight, Shenandoah was torn apart in a squall line over Ohio in 1925.

Design and construction
The Shenandoah was originally designated FA-1, for 'Fleet Airship Number One' but this was changed to ZR-1. The airship was 680Êfeet (210 m) long and weighed 36 tons. It had a range of 5,000Êmiles (8,000 km), and could reach speeds of 70Êmiles per hour (110 km/h). The Shenandoah was assembled at Lakehurst Naval Air Station in 1922 - 1923, in Hangar No. 1, the only one large enough to accommodate the ship. Her parts were fabricated at the Naval Aircraft Factory in Philadelphia. Lakehurst had served as a base for Navy blimps for some time, but the Shenandoah was the first rigid airship to join the fleet.

The design was based on Zeppelin bomber L-49 (LZ-96). L-49 was a lightened ''height climber'', designed for altitude at the expense of other qualities. The design was found insufficient and a number of the features of newer Zeppelins were used, as well as some structural improvements. The structure was built from a new alloy of aluminum and copper known as duralumin. Girders were fabricated at the Naval Aircraft Factory. Whether the changes introduced into the original design of L-49 played a part in Shenandoah later breaking up is a matter of debate. An outer cover of high quality cotton cloth was sewn, laced or taped to the duralumin frame and painted with aluminum dope. The gas cells were made of goldbeater's skins, one of the most gas impervious materials known at the time. Named for their use in beating and separating gold leaf, goldbeater's skins were made from the outer membrane of the large intestines of cattle. The membranes were washed and scraped to remove fat and dirt, and then kept in a solution of water and glycerine in preparation for application to the rubberized cotton fabric providing the strength of the gas cells. The membranes were wrung out by hand to remove the water glycerine storage solution and then rubber cemented to the cotton fabric and finally given a light coat of varnish. The twenty gas cells within the airframe were filled to about 85 percent of capacity at normal barometric pressure. Each gas cell had a spring loaded relief valve and manual valves operated from the control car.

Shenandoah had a significant edge in safety over previous airships, being the first rigid to use helium rather than hydrogen. Helium was relatively scarce at the time, and the Shenandoahs used much of the world's reserves just to fill its 2.1 million cubic foot volume. The U.S.S. Los Angeles (ZR-3), the next rigid airship to enter Navy service, was at first filled with the helium from Shenandoah until more could be procured.

Shenandoah was powered by 300Êhorsepower (220 kW), 8 cylinder Packard gasoline engines. The first frame of Shenandoah was erected by 24 June 1922; on 20 August 1923, the completed airship was floated free of the ground. Helium cost $55 per thousand cubic feet at the time, and was considered too expensive to simply vent to the atmosphere to compensate for the weight of fuel consumed by the gasoline engines. Neutral buoyancy was preserved by installing condensers to capture the water vapor in the engine exhaust.

After docking at St. Louis, Commander McCrary stepped out to meet Admiral Moffet and Mayor Kiel; shown still inside the Control Car are Anton Heinen (German test pilot and consultant in the construction of the ZR1) and Commander Ralph D. Weyerbacher (design/build). It was christened on 10 October 1923; sponsored by Mrs. Edwin Denby, wife of the Secretary of the Navy; and commissioned on the same day, Commander Frank R. McCrary in command.

Early Naval service
The USS Shenandoah took to the sky for the first time on 4 September 1923. Shenandoah was designed for fleet reconnaissance work of the type carried out by German naval airships in World War I. Her precommissioning trials included long range flights during September and early October 1923, to test her airworthiness in rain, fog and poor visibility. On 27 October, Shenandoah celebrated Navy Day with a flight down the Shenandoah Valley and returned to Lakehurst that night by way of Washington and Baltimore, where crowds gathered to see the new airship in the beams of searchlights.

At this time, Rear Admiral William Moffett, Chief of the Bureau of Aeronautics and staunch advocate of the airship, was discussing the possibility of using Shenandoah to explore the Arctic. Such a program, he felt, would produce valuable weather data as well as experience in cold weather operations. With her endurance and ability to fly at low speeds, the airship was thought to be well suited to such work. President Calvin Coolidge approved Moffett's proposal, but on 16 January 1924, Shenandoah was torn from her Lakehurst mooring mast by a gale and her nose was damaged. It rode out the storm and landed safely, but a period of repair was needed, and the Arctic expedition was dropped. Shenandoah's repairs were completed in May, and the summer of 1924 was devoted to work with her powerplant and radio equipment to prepare for her duty with the fleet. On 1 August, it reported for duty with the Scouting Fleet and took part in tactical exercises. Shenandoah succeeded in discovering the ''enemy'' force as planned but lost contact with it in foul weather. Technical difficulties and lack of support facilities in the fleet forced her to depart the operating area ahead of time to return to Lakehurst. Although this marred the exercises as far as airship reconnaissance went, it emphasized the need for advanced bases and maintenance ships if lighter than air craft were to take any part in operations of this kind.

Flight across North America
In July 1924 the oiler Patoka (AO-9) put in to Norfolk Navy Yard for extensive modifications to become the Navy's first Airship Tender. An experimental mooring mast some 125 feet (38 m) above the water was constructed; additional accommodations both for the crew of Shenandoah and for the men who would handle and supply the airship were added; facilities for the helium, gasoline, and other supplies necessary for Shenandoah were built; as well as handling and stowage facilities for three seaplanes. Shenandoah engaged in a short series of mooring experiments with Patoka to determine the practicality of mobile fleet support of scouting airships. The first successful mooring was made 8 August 1924. During October 1924, Shenandoah flew from Lakehurst to California and on to Washington to test newly erected mooring masts. This was the first flight of a rigid airship across North America.

Later Naval career
The year 1925 began with nearly six months of maintenance and ground test work. Shenandoah did not take to the air until 26 June, when it began preparations for summer operations with the fleet. During July and August, it again operated with the Scouting Fleet, successfully performing scouting problems and being towed by Patoka while moored to that ship's mast.

Wreck of the Shenandoah
On 2 September 1925, Shenandoah departed Lakehurst on a promotional flight to the Midwest which would include flyovers of 40 cities and visits to state fairs. Testing of a new mooring mast at Dearborn, Michigan was included in the schedule. While passing through an area of thunderstorms and turbulence over Ohio early in the morning of September 3, during its 57th flight, the airship was caught in a violent updraft that carried it beyond the pressure limits of its helium gas bags. It was torn apart in the turbulence and crashed in several pieces near Caldwell, Ohio. Shenandoah's commanding officer, Commander Zachary Lansdowne, and 13 other officers and men were killed. This included the entire crew of the control cabin (except for Lieutenant Anderson, who barely escaped before it detached from the ship), two men who went through holes in the hull, and several mechanics who fell with the engines.

Twenty-nine survivors succeeded in riding three sections of the airship to earth. The largest group was eighteen men who made it out of the stern after it rolled into a valley. Four others survived a crash landing of the central section. The remaining seven were in the bow section which Commander (later Admiral) Rosendahl navigated as a free balloon. In this group was Anderson who, until he was roped in by the others, straddled the catwalk over a hole.

Aftermath
Thousands of people flocked to the wreckage which was then heavily looted, with the logbooks and most of the ship's fabric stolen. Official inquiry into the fatal flight brought to public attention the fact that it had been made under protest by Commander Lansdowne (a native of Greenville, Ohio), who warned of the violent weather conditions which were prevalent in the area and common to Ohio in late summer. His pleas for a cancellation of the flight only led to a postponement. His superiors were keen to publicize airship technology, and justify the huge cost of the airship to the taxpayers. So, as Lansdowne's widow consistently maintained at the inquiry, publicity rather than prudence won the day. This event was the trigger for Army Colonel Billy Mitchell to heavily criticize the leadership of both the Army and the Navy, leading directly to his court martial for insubordination and the end of his military career.

Ultimately a positive result of the disaster was that future airships were better built. Hulls were strengthened, control cabins were built into the keels rather than suspended from cables, and engine power was increased. More attention was also paid to weather forecasting. When the United States used blimps in World War II and the Cold War, these improvements may have prevented other crashes.

Memorials
Several memorials exist near the crash site, as well as a small private museum, are located in Ava, Ohio. The Noble Local School District, which services the area where the Shenandoah crashed, has named its elementary, junior high, and high schools after the Shenandoah. Their sports teams are named ''The Zeps''. Additionally, a truck stop located about 15Êmiles (24 km) away in Old Washington was named Shenandoah Plaza after the airship. The truck stop has since closed and is in the process of being torn down. 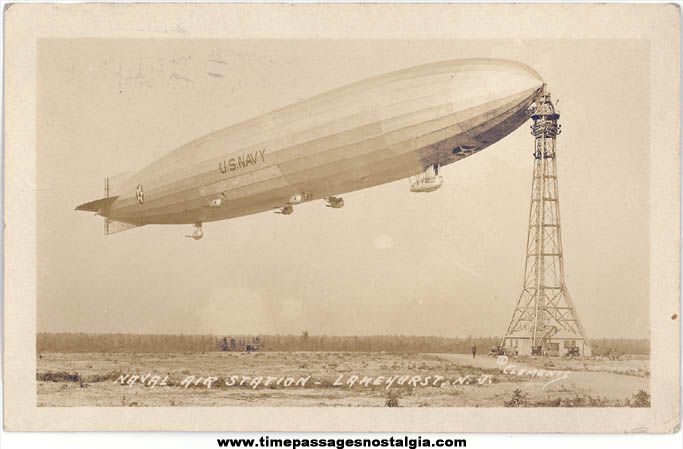 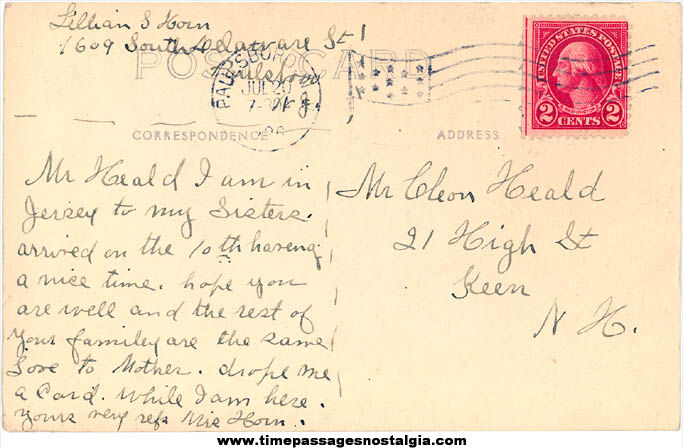