Nat Adderley (November 25, 1931 - January 2, 2000) was an American jazz trumpeter. He was the younger brother of saxophonist Julian Cannonball Adderley, whom he remained very close to in his career, but under whose shadow he lived for most of his life. His Work Song is a jazz standard, and also became a success on the pop charts after singer Oscar Brown Jr. wrote lyrics for it.

Early life
Nathaniel Carlyle Adderley was born in Tampa, Florida, but moved to Tallahassee when his parents were hired to teach at Florida A&M University. His father played trumpet professionally in his younger years, and he passed down his trumpet to Cannonball. When Cannonball picked up the alto saxophone, he passed the trumpet to Nat, who began playing in 1946. He and Cannonball played with Ray Charles in the early 1940s in Tallahassee and in amateur gigs around the area.

Adderley attended Florida University, majoring in sociology with a minor in music. He switched to cornet in 1950. From 1951 - 1953 he served in the U.S. Army and played in the Army Band under his brother, taking at least one tour of Korea before returning to a station in the United States. After returning home, he attended Florida A&M intending to become a teacher. Shortly before Adderley was expected to begin student teaching, Lionel Hampton played a concert at Florida A&M. Confident in his abilities, he played for Hampton, and Hampton invited him to join the band. Putting school on hold, he played under Hampton from 1954 to 1955 and went to Europe on tour. After returning, he intended to go back to school to become a teacher.

Career
1950s
The turning point in the Adderley brothers careers occurred on a trip to New York in 1955. The brothers stopped by the Café Bohemia in Greenwich Village when bassist Oscar Pettiford was playing. Both of them showed up ready to play. Cannonball was asked to sit in because the regular saxophonist was out, and he overwhelmed the musicians. Then Nat was pulled on stage, and everyone was equally impressed. This appearance was enough to renew their careers. Job offers began pouring in, and Nat recorded for the first time that year. The brothers moved to New York City to pursue their careers, founding the bop group Cannonball Adderley Quintet in 1956. Due to lack of popular interest, they disbanded the group in 1957. Nat played for trombonist J. J. Johnson for a couple of years and ended up in the Woody Herman sextet. Cannonball rose to higher fame, joining the Miles Davis sextet alongside John Coltrane in time to record the album Kind of Blue. In 1959 the Cannonball Adderley Quintet reunited for another attempt at popularity. This time around the group was more successful and had its first hit, This Here, written by pianist Bobby Timmons. The group sound became known as soul jazz, starting the genre. The quintet also played hard bop, as everyone in the group had been influenced by bebop and wanted to continue a virtuosic tradition. Soul jazz kept the group popular, while hard bop gave the musicians a chance to challenge themselves and demonstrate their abilities.

1960s
During the 1960s, Adderley acted as cornetist, composer, and manager for the quintet. While he kept the band in order, he also composed some of the groups most successful songs. His most successful song was Work Song, a hard bop tune. Adderley called it his Social Security song due to the steady flow of income over the years from to royalty payments when others recorded the song. Work Song is now considered a jazz standard. His other popular songs include Jive Samba, Hummin, Sermonette, and The Old Country. While he was an integral part of the Cannonball Adderley Quintet, this was not the only project occupying his time in his career as professional jazz musician. Since moving to New York, he had been recording outside the Adderley group. He worked with Kenny Clarke, Wes Montgomery, and Walter Booker. Other projects included the 1966 film A Man Called Adam. In the film, Sammy Davis Jr.s character plays the trumpet. Since Davis could not play the trumpet in real life, Adderley was hired to ghost everything that the character played. His other significant project during this time was a musical. He and his brother wrote Shout Up a Morning based on the folk hero John Henry. While this project started as a collaboration, work was interrupted when Cannonball died from a stroke.

1970s
After Cannonballs death in 1975, the quintet broke up. Nat Adderley toured Europe as a headliner. He toured Japan, then returned to the U.S. and taught courses at Harvard while performing and recording with his quintet, which included Walter Booker, Jimmy Cobb, and Vincent Herring. Adderley established a name for himself away from his brother. He also worked with Ron Carter, Sonny Fortune, Johnny Griffin, and Antonio Hart.

1980s and later years
Adderley created the Adderley Brotherhood, a sextet which included several members of the Cannonball Adderley Quintet. This group toured Europe in 1980. Shout Up a Morning, after having a concert performance in Carnegie Hall shortly after Cannonballs death, was staged in several locations around the United States in 1986. Adderley became involved in several other ensembles over the next decade, including the Paris Reunion Band and a group that labeled themselves the Riverside Reunion Band, a bop group that formed at the Monterey Jazz Festival in 1993 and then toured Europe in 1994. Adderley spent half the year touring and the other half at home in Lakeland, Florida, writing and recording. He thought many of his greatest fans were in Japan, but Europeans were also enthusiastic about the music. In 1997, he joined the faculty of Florida Southern College as an artist in residence. He also helped in the founding and development of the annual Child of the Sun Jazz Festival held annually at the university which he headlined for over a decade. During the same year, he was inducted into the Jazz Hall of Fame in Kansas City. He lived on 112th Street in Harlem in the 1960s and in Teaneck, New Jersey, in the 1970s, before moving to Lakeland. He also lived near his brother in Corona, Queens.

Death and legacy
Nat Adderley died as a result of complications from diabetes at the age of 68 in Lakeland, Florida. He was interred near his brother in the Southside Cemetery in Tallahassee, Florida. He was an innovator in the popularization of soul jazz and was one of the most prolific jazz artists of his time, recording nearly 100 albums. He proved that cornet could be a modern jazz instrument. On June 25, 2019, The New York Times Magazine listed Nat Adderley among hundreds of artists who lost material in the 2008 Universal fire.

Style
Although Adderley started playing trumpet, he switched to the less common cornet. He preferred the darker tone of the conical cornet to the brighter sound of the cylindrical trumpet. He could produce a rich, earthy tone that became his signature sound, one that could only come from the cornet. He also enjoyed the cornets historic quality, reinvigorating the instrument played by the founders of Dixieland jazz. Adderley is widely attributed with the development and establishment of the 1960s style of soul jazz along with the rest of the members Cannonball Adderley Quintet. This style is characterized by simple harmonies, a heavy blues feel, catchy riffs, and a presence of the church. The point of soul jazz was to bring back a simpler type of jazz that had direct influence from blues and church music. However, this is not the only style that Adderley wrote and played. The quintet was also widely known for their hard bop, which comprised roughly half of their recorded work. This is a rougher, edgier style descended from bebop, and virtuosic abilities are required to be able to play it. As a soloist and composer, Adderley had a wide range of abilities. He could improvise simpler, more soulful solos for soul jazz numbers, but he could experiment and show off all of his abilities for hard bop. Especially in playing hard bop, he was not afraid to use the range of the instrument, often playing below the typical cornet range for short bursts before returning to the normal range. Although his range was starting to fade by the late 1960s, this did not keep him from continuing to play for the rest of his life. 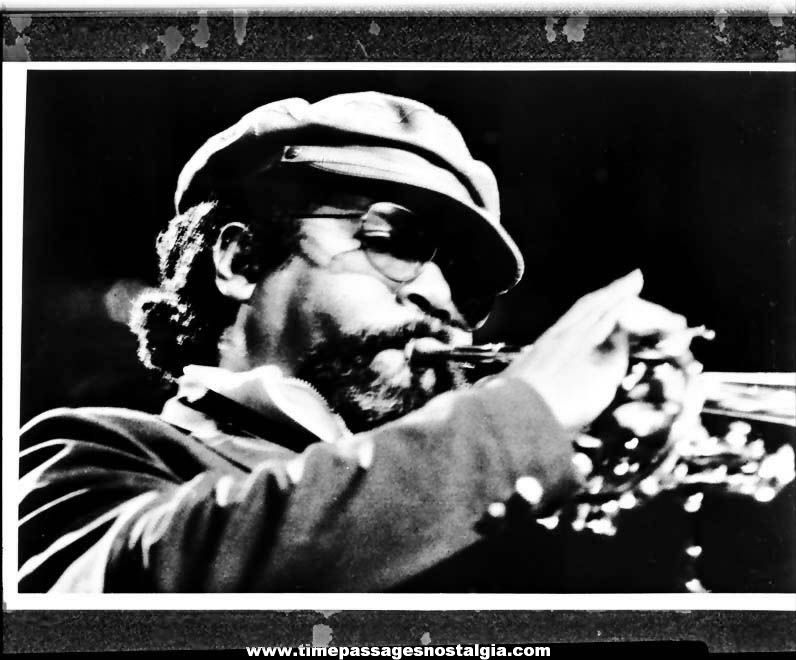