Emergency! was an American television series that combines the medical drama and action adventure genres. It was a joint production of Mark VII Limited and Universal Television. It debuted on NBC as a midseason replacement on January 15, 1972, replacing the two short lived series The Partners and The Good Life, and ran until May 28, 1977, with six additional two hour television films during the next two years. Emergency! was created and produced by Jack Webb and Robert A. Cinader, who were also responsible for the police dramas Adam 12 and Dragnet. Harold Jack Bloom is also credited as a creator; Webb does not receive screen credit as a creator. In the show's original TV movie pilot, Webb was credited only as its director.

The series stars Randolph Mantooth and Kevin Tighe as two specially trained firefighters, who formed Squad 51, part of the then innovative field of paramedics, who were authorized to provide initial emergency medical care to victims of accidents, fires, and other incidents in the field in order to stabilize them for transport to medical facilities. The plot of the initial pilot film described the passing of state legislation, eventually signed by then State Governor Ronald Reagan, and was called The Wedsworth - Townsend Act. It authorized paramedic units to operate in the field without conventional medical personnel on site, albeit in radio contact with an assigned hospital. Squad 51 worked in concert with the fictional Rampart General Hospital medical staff (portrayed by Robert Fuller, Julie London, and Bobby Troup), who took over each patient's case from the paramedics who worked in the field.

Nearly 30 years after Emergency! debuted, the Smithsonian Institution accepted Emergency! memorabilia into its National Museum of American History's public service section, including the firefighters' helmets, turnouts, biophone, and defibrillator. The vehicles of Station 51 are a part of the collection of the Los Angeles County Fire Museum. 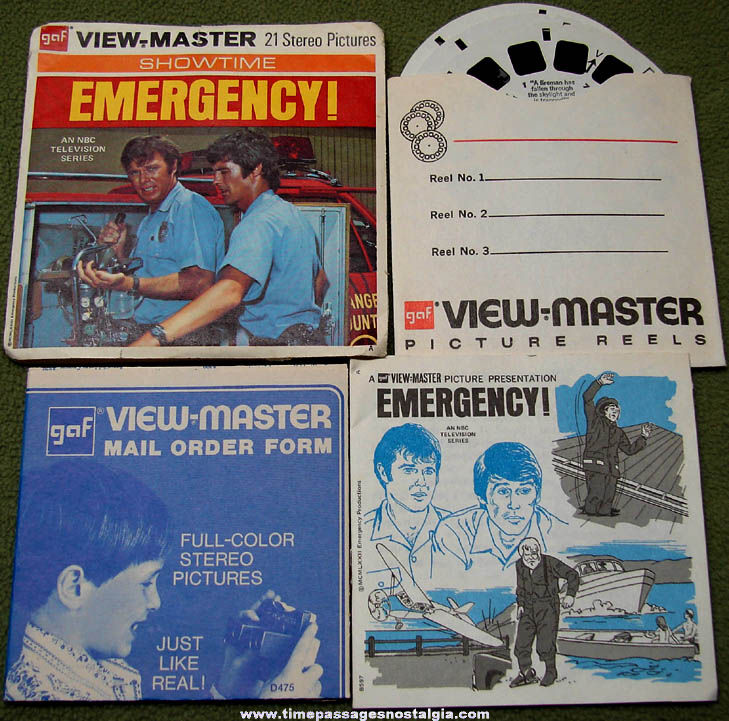