The U.S.S. Gato (SSN-615) was a Thresher/Permit class nuclear submarine known as the ''Goal Keeper'' or the ''Black Cat''. She was the second United States Navy ship named after the gato, a species of small catshark found in waters along the west coast of Mexico. The contract to build her was awarded to the Electric Boat Division of General Dynamics Corporation on 9 July 1960 and her keel was laid down on 15 December 1961 at Groton, Connecticut. She was launched 14 May 1964 sponsored by Mrs. Lawson P. Ramage, and was commissioned 25 January 1968. 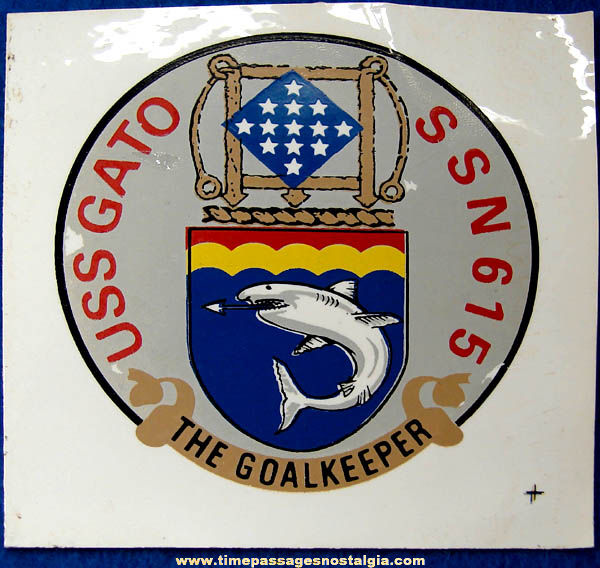