To judge the sizes the red one measures 3'' tall. These appears to be in mint condition as pictured. Below here, for reference, is some information about the 1979 Walt Disney movie ''The Black Hole'':

The Black Hole
From Wikipedia, the free encyclopedia

The Black Hole is a 1979 American science fiction film directed by Gary Nelson for Walt Disney Productions. The film stars Maximilian Schell, Robert Forster, Joseph Bottoms, Yvette Mimieux, Anthony Perkins, and Ernest Borgnine, while the voices of the main robot characters are provided by Roddy McDowall and Slim Pickens (both unbilled). The music for the movie was composed by John Barry.

During its journey, the Palomino's crew finds a black hole with a nearby derelict ship somehow defying the hole's gravitational pull. The ship is identified as the long lost U.S.S. Cygnus, a ship McCrae's father, Ensign Frank McCrae, served aboard when it went missing. Deciding to investigate, the Palomino encounters a mysterious null gravity field surrounding the Cygnus. The Palomino becomes damaged when it drifts away from the Cygnus and into the black hole's intense gravity field, but the ship manages to move back to the Cygnus and finds itself able to dock.

The Palomino crew encounters an android crew and Dr. Hans Reinhardt, a prominent scientist and the Cygnus's commander. They also meet Reinhardt's second in command, the hulking robot Maximilian. Reinhardt explains that after his ship encountered a meteor field and was disabled, he ordered the [human] crew to return to Earth, but Kate's father (Ensign McCrae) chose to remain aboard and has since died. To the incredulity of the Palomino's crew, Reinhardt reveals that he intends to fly the Cygnus through the black hole. Only Durant believes it possible and asks to accompany Reinhardt on the trip.

The rest of the Palomino crew grow suspicious of the faceless drones' human like behavior: Booth sees a robot limping and Holland witnesses a robot funeral and discovers the Cygnus crew's personal items in the ship's living quarters. Old B.O.B. (BiO-sanitation Battalion), a battered early model robot similar to V.I.N.CENT, explains that the faceless drones are in fact the crew, who mutinied when Reinhardt refused to return to Earth. They had been lobotomized and ''reprogrammed'' to serve him. McCrae's father had led the mutiny and was killed. Using telepathy, V.I.N.CENT tells Kate the truth about what happened. When Kate tells Durant, he removes the reflective faceplate from a ''robot'' to reveal the face of a crew member. Durant tries to flee the bridge with Kate, but Maximilian kills him, contrary to Reinhardt's wishes. Reinhardt takes Kate prisoner, ordering her to be taken to the hospital to be lobotomized.

As the process begins, Holland rescues Kate, along with V.I.N.CENT and B.O.B. Meanwhile, fearing the situation is escalating dangerously, Booth attempts to escape alone in the Palomino. Reinhardt orders the craft shot down, but the weapons fire sends the ship crashing into the Cygnus, destroying its port side anti gravity forcefield generator. A meteor storm then destroys the starboard generator. Without its null-gravity bubble, the Cygnus starts to tear apart under the black hole's gravity.

Reinhardt and the Palomino survivors separately plan their escape aboard a probe used to study the black hole. Maximilian goes to prepare the probe shortly before Reinhardt is pinned by falling debris. His lobotomized crew stand motionless as he struggles. Maximilian confronts the others and fatally cripples Old B.O.B. moments before he is crippled by V.I.N.CENT and drifts out of the ship. Holland, Pizer, McCrae and V.I.N.CENT reach the probe, only to discover the controls locked onto a flight-path through the black hole. It then plunges across the hole's event horizon.

In a dialogue free epilogue, the travelers exit the hole and, possibly viewed through Kate's ESP vision, enter Hell and then Heaven. Reinhardt and Maximilian merge and stand on a high rock overlooking a burning, hellish landscape possibly the remains of the Cygnus populated by robed figures resembling the drones. Next, a floating, ethereal figure with flowing long hair passes through a cathedral like crystal arched tunnel. The probe then emerges from a white hole in another universe and is seen near a star and planet. The last shot shows the probe flying toward the planet. 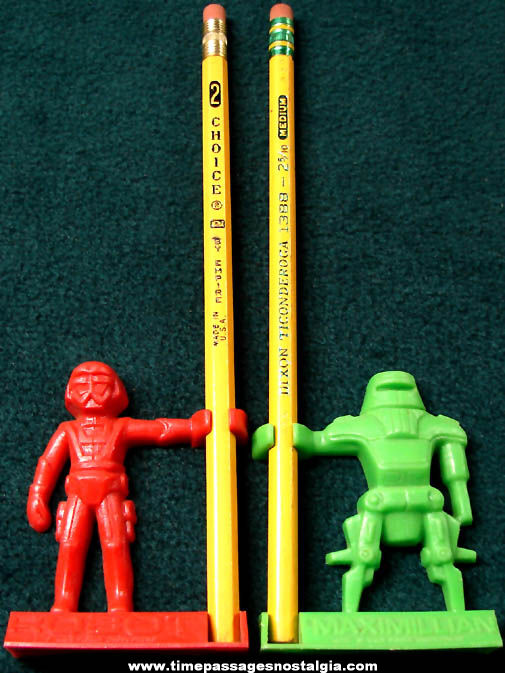