History
SkillsUSA was originally known as the Vocational Industrial Clubs of America (VICA). Prior to 1965, attempts at creation of national skill organizations failed. There was still a demand for skill and trade organizations, however. In 1960, the American Vocational Association (AVA) held a meeting, where a committee was formed to facilitate a solution. Representatives from the U.S. Office of Education and the National Association of State Supervisors of Trade and Industrial Education (NASSTIE - now known as the Association for Skilled and Technical Sciences - ASTS formed the committee. By 1962, the AVA encouraged the Office of Education to hire an employee to form the national organization. At the 1964 AVA convention, powerful leaders of industry and organizational leaders to include U.S. Chamber of Commerce and the National Association of Secondary School Principals spoke in favor of the proposed organization.

The original VICA seal
The constitution establishing the Vocational Industrial Clubs of America was adopted at the Trade and Industrial Youth Conference May 6 - 8, 1965 at the Hotel Andrew Jackson in Nashville, Tennessee. Representatives for 14 states, consisting of approximately 200 students, advisors, and business and labor representatives, gathered to choose the club's name, colors, motto, purposes and goals. The official red blazer, part of the organization's uniform, was patterned after the blazer from Illinois's organization. These representatives were from existing vocational education groups which agreed to finance the effort, from the states of Alabama, Arkansas, Georgia, Illinois, Indiana, Ohio, Oklahoma, North Carolina, Missouri, South Carolina, Tennessee, Texas, Virginia and West Virginia. Illinois actually provided the salary for Philip Baird to be the first executive secretary of the newly founded VICA. The National FFA Organization is credited with making the first financial contribution. The American Vocational Association offered office space at no cost in its Washington headquarters. Additionally, the AVA's Trade and Industrial Division provided a grant.

Tommy Snider from Griffin, Georgia was elected as VICA's first student president and Larry W. Johnson, the assistant supervisor of T&I education and state advisor for the Vocation Industrial Clubs of North Carolina, became the first executive secretary of VICA on July 1, 1965. He continued in the position until 1987.

By 1966, membership was up to 29,534, spanning 1,074 clubs across 26 states and territories. Additionally, the first issue of the club's magazine was produced. At the national conference, held in Little Rock, Arkansas, the VICA emblem was unveiled, and the first official state charters were presented.

In 1969, the Postsecondary Division of VICA was approved during a Constitutional Convention held in Memphis, Tennessee, bringing total membership to 82,000. The following year, the first edition of the VICA Leadership Handbook. was published.

On VICA's ten year anniversary (1975), the organization inducted its one millionth member. Three years later, VICA saw the start of the construction of its National Leadership Center in Leesburg, Virginia.

VICA hosted the International Youth Skill Olympics, held a competition following the National Leadership and Skills Conference (NLSC), for the first time in 1981, in Atlanta. In 1995, the national competition, then known as the United States Skill Olympics, was renamed to the Skills USA Championships during the NLSC. In, 1999, during the NLSC, VICA was renamed to SkillsUSA-VICA; The name was shortened to SkillsUSA in 2004.

Membership
SkillsUSA has more than 335,000 student members nationally, organized into more than 10,000 chapters and 54 state and territorial associations (including the District of Columbia, Puerto Rico, Guam and the Virgin Islands). Membership continues to grow rapidly. Approximately 16,389 teachers and school administrators serve as professional SkillsUSA members and instructors. More than 1,100 corporations, trade associations and labor unions actively support SkillsUSA on a national level through financial aid, in kind contributions, and involvement of their people in SkillsUSA activities. Many more work directly with state associations and local chapters. SkillsUSA programs include local, state and national competitions. During the annual national level SkillsUSA Championships, more than 5,400 students compete in 96 hands on skill and leadership contests. SkillsUSA programs also help to establish industry standards for job skill training in the classroom and is cited as a ''successful model of employer driven youth development training program'' by the U.S. Department of Labor.

The National Leadership and Skills Conference is held annually in Kansas City, Missouri. Most of the competitions are held at Bartle Hall Convention Center, on the showroom floor. The other competitions are held at Municipal Auditorium, American Royal Center, and the Marriott (including the historic Muehlebach Tower), Radisson and Phillips hotels, located downtown. SkillsUSA members, delegates and advisors stay in 23 separate hotels in the Kansas City area. The week long conference entails the competitions, TECHSPO (the nation's largest trade show in trade and industrial education), a career fair, and SkillsUSA student government sessions.

As of 2015, the NLSC will be held in Louisville, Kentucky for six years. The new location was decided by a competitive bid among 25 other cities which included Orlando, Houston, and Atlanta. The future attendance projections along with the contract with Kansas City set to expire in 2015 prompted the relocation. Louisville also has historical significance as it served as the home of SkillsUSA (called VICA at the time) from 1982 to 1984 and from 1991 to 1993. The SkillsUSA Championships is expected to bring in $12 million to Louisville's economy.

There are recreational activities scheduled during the conference week, including a SkillsUSA night at Worlds of Fun. Other activities include the Kansas City Zoo, Oceans of Fun and the Kansas City Speedway racetrack tour. The week culminates in the awards presentation. At the awards ceremony, the NLSC also plays host to a keynote speaker. There have been a number of noteworthy speakers. Some of them include:

Contests
SkillsUSA offers competitive activities in which students strive to achieve in a variety of occupational skill and leadership areas. Competition in skill and personal achievement is encouraged at all levels. Leadership contests include public speaking, parliamentary procedure, safety, Opening and Closing ceremonies, and job interviewing. Occupational skill contests include the building trades, health occupations, automotive technology, the electrical/electronics industry and personal services. Among many others, there are competitions for outstanding SkillsUSA chapter, community service, entrepreneurship and customer service. Competitions begin locally and continue through the state and national levels. Some states also have district competitions. In most contests at the national championships, SkillsUSA presents medallions to the top three winners. In other contests, more than three medals may be presented if a standard is met. State and local contests may include the official national contests, but may also include contests not offered at the national level. The contests are organized and run through a partnership of industry, labor and education. These partners provide awards as well. More than 5,500 students, winners from their states, compete in the $35 million national event, which covers exposition space equivalent to 16 football fields.

SkillsUSA is the official U.S. representative to the WorldSkills Competition. Select winners from the SkillsUSA Championships train for one year before competing at the biennial internationals. SkillsUSA competitions develop enthusiasm for learning and a sense of accomplishment. By recognizing studentsÕ skills and abilities, the competitions promote professional development and appreciation of quality job skills. The events also stimulate public, and specifically student, interest in career and technical training. Students may participate in three types of contests: Leadership, Occupationally Related, and Skilled and Technical Sciences. Demonstration contests are added to determine interest. If interest is sufficient, demonstration contests can become official competitions and are added to one of the three categories. SkillsUSA Championships Technical Standards 2010. 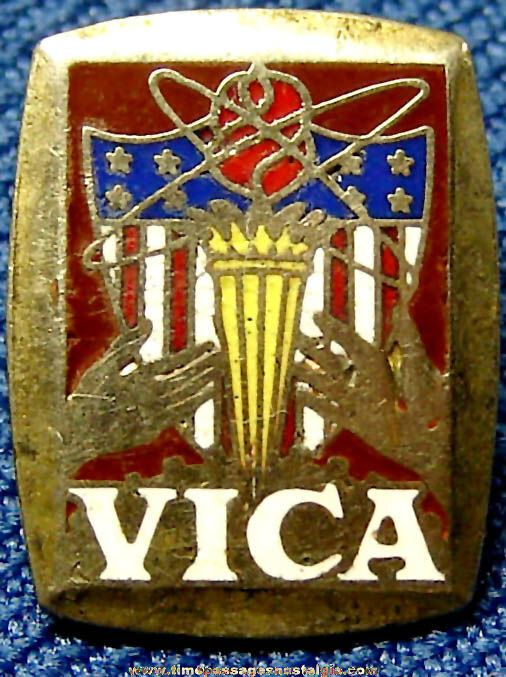